Mobile phone under the magnifying glass 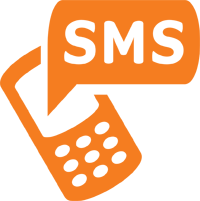 The modern mobile phones offer a wealth of useful tools and features for Stargarsters, starting with the electronic map or the use as a flashlight or magnifying glass up to the text reading features. Nevertheless, they also have some serious disadvantages.

I bought my first mobile phone relatively late. It was not clear to me why I have to be always available - and it is not yet at times today. So I went to the then three major carriers in my country and asked in every store the same question: Do you have a device that has a large, easy to read display? In two stores I received somewhat puzzled answers that the devices are all very well legible. The guy at the third provider thought briefly, compared several models before presenting them to me and then even went down to the basement to get me the last years model that had even bigger numbers and letters. It is not difficult to guess where I bought my device. Well, my mobile phones are and have been hardly used for either calls or SMS. I Was much more interested when the first iPod came out. It allowed me to listen to my music, to audiobooks or podcasts. I finally had something to do while commuting or travelling. Meanwhile, all these single devices merged into the smartphones which reduced the number of electronics that I carry with me. The screens have become massively better - but still not bigger than your palm. And despite the built-in zoom functions, there are situations where I pull out the hand magnifier to read something on the screen. Because I was sitting in a commuter train and in the compartment opposite four teenage girls were chatting away. There was a lot of laughing and joking and the rate of incoming and outgoing SMS was high. Suddenly my own smartphone signalled an incoming SMS. I pulled out my magnifying glass and started reading it. The compartment opposite fell to silence and as I looked up I saw four astonished faces. I smiled and read to the end of my message - and chuckled at the onset of whispering from the four girls. Not only reading but also typing SMS is difficult. For me it does not make much difference whether its a numeric keypad like in the "old days" or a full keyboard in miniature or a touch-sensitive version on the screen: they are all way too small for real typing. And since I have no desire to dictate my answers in public which is now also become possible, the answers to my few SMS are always quite short.