What am I eating here? 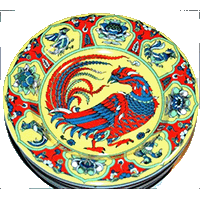 A beautifully set table or a sumptuous buffet is a fine thing. However, for stargardters, they hold some surprises, with which the cooks or hosts die probably not expect: Strange menu combinations or poking around on an empty plate.

At the lunch buffet some congress hotel: Although every dish has a sign next to it explaining what it is, the font is unfortunately too small that I could read it. And often the self-service counters are designed in a way that you can't really "stick your head into them" to see what is in the food container. Such behaviour wouldn't be very polite towards the other guests anyway. So only the nose can help here. Unfortunately, it's not very accurate when it comes to determining the precise location of an odour. So sometimes fish and meat end up at the same time on my plate - with three variants potatoes as side dishes. The vegetables I get on the second pass.

So I prefer when plates are served "pre-filled" because the menu defines what is on it. However, the decoration of food can become a new problem. As long as it is just a slice of tomato and some salad leaves that's fine. But sometimes the items are more elaborate and not so easily recognisable. Is this thing now part of the menu I ordered or just decoration? I read somewhere once that there is a requirement that everything that comes on the plate must also be edible. This applies in principle also to the banana peel, which was hidden on the dessert plate under powdered sugar that I did not recognize it. Edible it is, but not very tasty ...

A further challenge is painted plates. A colourful stew on an ornately decorated plate served in candlelight can be a challenge. It's not always clear what is food and what is paint. I get sometimes asked if I don't want to eat the last piece. I know then that I have missed a bite. Or I have tried several times to spear the last piece on the fork until I noticed that it, in reality, it was a part of the design of the plate.