About toilet lids and vases 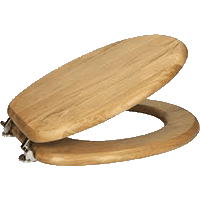 Recently at my place of work, I went to the restroom. When I walked into one of the compartments and got ready for my task, I halted puzzled.- Since when do we have toilet lids? In recent times much has been renovated and re-built in the building and I was prepared to search again for some offices and learn new locations. But the toilets were still in the same place and excluded from the construction work. Then I looked at it a second time, and behold, there was only the usual toilet seat there. My first look at must has been aligned in such a way that my blind spot came to lie exactly on the toilet seat. My brain quickly filled the gap and inserted a toilet lid.

At first, I chuckled to myself. Then I remembered a little story that I once read and that has influenced me quite a bit. It was about two brothers who were constantly arguing, especially about who is right and who was wrong about some fact. The father grew annoyed at one point and called his sons to him. He seated then at the kitchen table so that they faced each other and put a vase in the middle of the table: - Well, now tell me what you see before you. - A white flower vase said the first. - A white flower vase with a blue ship it, said the second - Fine, and who is right now? asked the father.

Note: Even with a normal vision, the vantage point is an important factor. In a figurative sense, when judging opinions of the actions of others, it is often overlooked. My angle of view is never the same as the one of somebody else, even if we are of one mind. And what is hidden from view or access the brain fills in by itself. Even if it's just a toilet lid. So it is always worthwhile to look a second time before you reach into a void.