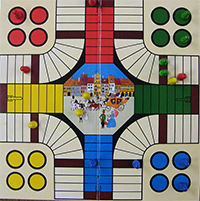 About fast objects that I am confronted with (e.g. cars) and the associated difficulties I have spoken before. The same applies vice versa when I myself am quickly moving: I see things too late or react too late.

A prime example is a traffic. I have abandoned riding a bike in the city after I had an accident. Nothing serious, it only cost me a broken bike frame and a scar on the temple. But the circumstances were a wake-up call to me: For I have rammed a parked car. It was late at night and I was in a hurry for an appointment, so I cut the corner in the dimly lit residential area. And there I had a back windshield wiper on my cheek. Since then, I go by public transport. Here speed plays a role when I got up too late or the connections during transfers get tight. In the latter, there are always some fellow travellers who position themselves early on the door, so that they, as soon as the train has stopped, can jump out and start running. I have tried this several times and found out that this does not work for me.

I need already at the normal walking speed my full attention to find my way through the throng of a people packed train platform without knocking into someone. Sometimes I'm so busy making sure to see all people that are coming towards me that I miss the "half-height objects". Then I'm suddenly in front of one of those boxes where train tickets are stamped. Just a quick quarter-pirouette prevent a collision, sometimes even that is too late. On another occasion, it was the stroller, who was travelling perpendicular to my direction of travel. At first I only saw the mother behind, luckily I let her go first, otherwise, I would have fallen over the stroller, which she pushed.

I have therefore adopted the habit, wherever it is possible to use the back exit or the second underpass, simply because there are fewer people on the move. If I was going to really run in this environment, I would get only a few meters before crashing into someone. So I don't race and try instead to adapt to the general flow of the people. And if I don't make it I just stand still until the worst is over and take the next train. One of my standard sayings is that I never run for a train or bus unless it is the last one. Like this, I need never fret about a missed connection (which I anyway don't). On the contrary, I'm happy to suddenly have ten, twenty or thirty minutes to discover some new shop. have a beer or just enjoy the sun on a bench somewhere. 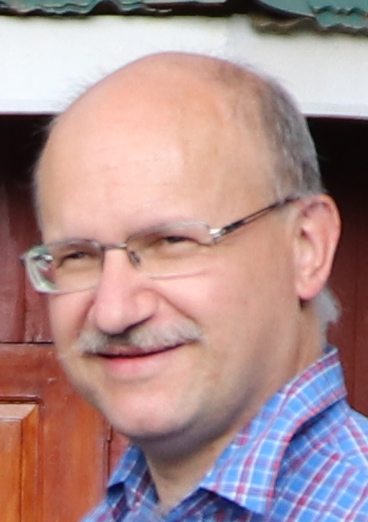